Alaa Deek (Mohammad Ramadan) is a bank employee who belongs to an ancient family, but he hates women since childhood and avoids any dealings with his female relatives. When he and the men in his family go in a  Nile cruise, all the family members meet their death, and now he has to take full responsibility for his family’s affairs. That are now all just women, since he is the only man in the family. 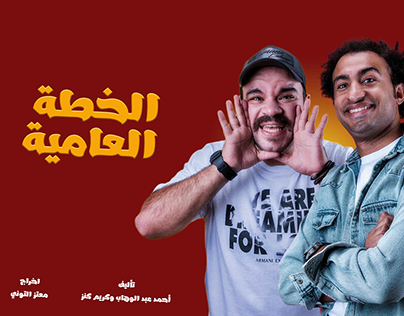 Ali Rabee is trying to rob a bank in this movie, through the different character he is playing. This film is a new genre for the Egyptian Cinema.

“El Khita Al Amiya” is an Egyptian movie under production

In a drama mixed with a lot of excitement and thrill, the events of the movie are about a pregnant woman has a lot of mysteries about her pregnancy, and her relationships with surrounding people.

The movie has not been released yet.

Hala Al-Saeed presents the role of “Hala” in the film.

Hala Al-Saeed participates in the movie “Ammar”, which was previously called “Beit Al-Gharib”.

The film features a long list of actors, and no more

information  were released about it.

Hala Al-Saeed plays the role of “Maha” in the movie.